From cross-device testing, to regression testing, to load testing, to data-driven testing, check out the types of testing that are suitable for Test Automation.

Scene: Interior QA Department. Engineering is preparing for a final product launch with a deadline that is 12 weeks away. In 6 weeks, there will be a 1 week quality gate, in which the QA team will need to catch all of the bugs. Following that, the development team will take 4 weeks to fix the bugs, leaving the QA team with 1 final week to regression test and validate the entire product. Sounds simple enough, right? Except, you suddenly realize something: the QA team does not have enough manpower to manually test the entire product in a week, and you don’t have the budget to hire enough testers to do so.

When a corporation decides that it is finally necessary to tackle the problem of mounting test debt, many times they will look to Test Automation as a silver bullet that will save the day, reduce inefficiency, and finally solve their testing problems. In order for Test Automation to alleviate the burden that test teams feel, it is imperative that they create a solid foundation for Automation. Most manual test cases are not designed with the mindset of automating them in the future; thus, transitioning to Test Automation is not always as simple as throwing the manual test scripts into an Automation tool and pressing “run.” Rather, Test Automation is an investment of time and money—both of which find themselves repaid rather quickly if done right—but, you may be wondering, why bother automating if it’s going to be this difficult?

Making the Case for Test Automation

The easiest way to do this would obviously be enlisting the help of an expert firm-like LogiGear-to begin your Automation journey. But if you’d rather do things in house, then your first step needs to be the foundation. An Automation strategy should start with sound test design; a sound foundation with Automation must consider if the time and effort that is needed to create and maintain the Automation script will be worth the time savings later on. We want to first identify ideal test cases that would benefit the most from Automation; these test cases are the ones that can be reusable, as well as the ones that offer a lot of return on investment (ROI). If you are just beginning your Automation journey, you can treat this article as somewhat of a roadmap of where to begin. But, no matter where you are in your Automation process, you will find relevant and helpful information in this article; perhaps you have begun your journey but are not fully sure why you are automating this specific type of test. We will discuss the types of tests that fit these criteria, the tests that will benefit the most from Test Automation, as well as why these tests benefit so greatly from Automation. These tests are: cross-browser testing, cross-device testing, regression testing, load testing, and data-driven testing.

Cross-browser testing is an ideal candidate for Automation. There are so many offerings for browser choice these days, and developers need to ensure that their platforms run smoothly across all of them. Several popular browsers include Google Chrome, Apple Safari, Firefox, and Internet Explorer. This test is geared more toward mobile devices, where there are so many device resolutions that need to be supported. Typically in a manual testing environment, a tester would need to either have access to physical devices or simulate them on a computer; it’s very tedious and repetitive—which makes it an ideal task for Automation!

Main Benefit: Automated tests will not suffer from test fatigue in attempting the same test over and over again. If manpower is no longer an issue, you can build a comprehensive matrix of browsers to ensure that your website will display properly-no matter what the targeted audience will be viewing your site on, or which browser they choose to use. This will lead to a better user experience overall.

Cross-device testing is another avenue where Automation will no doubt help you achieve better testing efficiency. Even though Android and iOS are the 2 main OSs that dominate the mobile handset market, they are now both mature platforms at this point, with many different versions out in the market place. Android suffers from fragmentation to a greater extent than iOS, due to the growing number of manufacturers whose devices utilize Android OS; but, even then, there are still users that don’t always upgrade to the latest available version, opening up an enormous variety of possible OS versions and subversions that your software needs to operate on.

Main Benefit: Utilizing Test Automation to ensure that your application plays nicely across a variety of devices will help you achieve a greater market share. This will ensure that you are not limited to just one subset of users, but instead, you’ll have the ability to attract as big of an audience as you can.

Regression testing is an area that can benefit greatly from Automation Testing. We want to ensure that previous stable code is not broken with each subsequent new release. Stable code is usually a lot easier to automate than a feature that is undergoing constant revision. These types of tests need to be re-run after each new release; so, if your company plans on making many new revisions to the software, then the cost savings will keep adding up with each new release.

Main Benefit: Manual testers will be able to concentrate their efforts on testing the new features, and you can still have peace of mind that your existing code will work as intended.

Load testing is an area that Automation aids greatly. Given that load testing is a performance measure that determines the application’s behavior when multiple users access it simultaneously, it would be impractical to use manual testing due to the difficulty of getting a sheer volume of testers to hit a certain application all at once!

Main Benefit: With Automation, it could be as simple ramping up your tests to either send requests at a certain frequency to simulate a constant pinging of the system, or you can have Automation create a bunch of simultaneous users to send their request to your application at once. In either case, Automation truly makes sense in this realm of testing.

Data-driven testing benefits the most from Test Automation. Most software (or websites) usually consist of some type of form fields that need to be filled in. With the type of validation that needs to be performed at each field, it can take a long time to test each field, trying for each type of error condition. Automation Testing would make data-driven testing a breeze, as Automation is great at filling in form fields and using any type of data you would like. For instance, you would be able to ensure that passwords contain all of the necessary conditions, such as lower-case characters, upper-case characters, numbers, and symbols.

Main Benefit: Automation of data-driven testing would allow you to quickly validate these types of tests, since computers are much better, faster, and more consistent at data entry than humans ever could be.

These are just some examples that would benefit greatly from Automation. Simply making the decision to automate is a large and important step. The real work can begin once we know what to automate. These are not the only aspects in which Automation can benefit; rather, these are just a few choice examples to act as places to start. If you’re still finding yourself stumped on whether or not Automation is for you, then be sure to check out Blogger of the Month, where Kristin Jackvony explains How to Decide What to Automate, or our very own Thuc Nguyen’s article, 12 Best Automation Tools for Testing Desktop Apps in 2021; these are both good places to start researching for your Automation journey, or to check in to see how your current Automation process stacks up in comparison to these industry recommendations. Although sometimes, you just cannot decide for yourself and that’s okay! Sometimes, it takes an outside firm to look at your testing process from start to finish to give you a proper analysis, including recommendations for improvement. If this sounds like your current state of testing, contact us! LogiGear has over 25 years of testing expertise, specializing in Automation Testing. Give yourself the testing peace of mind you deserve from the beginning.

Tony Luu
Tony Luu has more than eight years of experience in QA and Software Life Cycle Development. Tony is currently a Senior Project Lead at LogiGear Corporation, and has lead project development for several clients, most notably including Linkedin, Cisco and LeapFrog. Tony received a Bachelor of Applied Science in Electrical and Electronics Engineering from Purdue University. 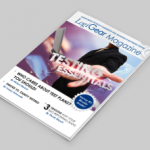 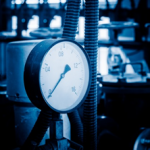 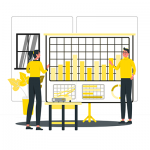 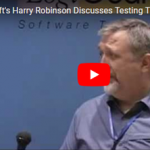 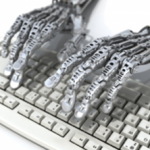 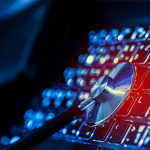 Are Test Design Techniques Useful or Not?
An Overview of Four Methods for Systematic Test Design Strategy Many people test, but few people use the well-known black-box and white-box test design techniques. The technique most used, however, seems to be testing randomly chosen valid values, followed by error guessing, exploratory testing and the like. Could it be that the more systematic test ... 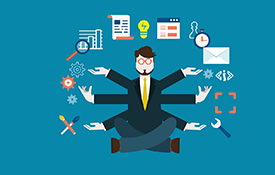 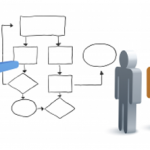 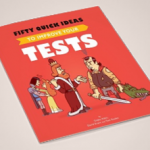 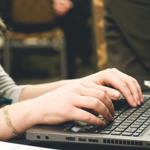 Smoke vs. Sanity Testing
There are few topics in quality assurance testing that cause as much confusion as smoke testing versus sanity testing. The two names would seem to describe very different practices— and they do! But people still get them confused, since the distinction is somewhat subtle. 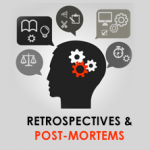 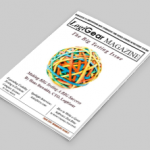